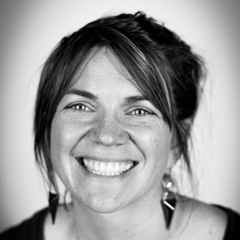 Artist’s Statement:
People eat food. When you think about how many people there are on the planet eating food, what we eat and where that food comes from becomes quite significant. Every time we visit the grocery store, order at a restaurant, or plant a seed we make a choice. Those choices will ultimately influence the markets that supply them. Collectively, it’s a pretty big deal.
These works reflect on an exploration into our convenient yet complicated and pernicious food system. As our food system becomes more industrialized, we should all consider our collective choices.

About the Artist:
Abby graduated in 2004 with a BFA in Crafts from the University of the Arts in Philadelphia, Pennsylvania. She has since participated in numerous group shows in Pennsylvania, New York, Maryland, Tennessee, and South Korea as well as had 4 solo shows in the Philadelphia area. In January of 2009 she won First Place in the Bucks County Gallery of Fine Art’s annual juried art competition. In May of 2010 she was awarded the New Courtland Artist Fellowship. In October of 2011 she completed a commission for the Leukemia Lymphoma Society that was unveiled at their annual Light the Night Walk at the Philadelphia Art Museum. Abby was awarded the Maplewood Manor Artist Fellowship in November of 2011. In 2013 Abby exhibited with Paradigm Gallery + Studio as part of SELECT FAIR during Art Basel Week in Miami, Florida. In June 2014, a selection of her work was shown at SCOPE in Basel, Switzerland with Five Gallery. In December of 2014 Abby exhibited with Paradigm Gallery+Studio at SCOPE in Miami, Florida. In August of 2016 she won the merit award in the International Art Kudos Competition. In December of 2016, Abby showcased her work in the Rising Artists section of SPECTRUM art fair in Miami. After the birth of her first son, she relocated to New Jersey, where she currently lives and works.